With more than 34 major veins and a large number of small branching veins, the human body is full of veins that allow blood and nutrients to flow through the body to keep us healthy. Without veins, the heart cannot pump blood from the top of the head to the ten toes. Large swollen veins can be part of normal anatomy. Or it could be for several reasons:

As you age, your body undergoes many changes, including the loss of elasticity of your skin. As the skin loses elasticity and begins to thin with age, the veins in the hands can no longer be hidden as before, causing the veins to become more prominent and larger.

Cardiovascular disease is a serious condition that affects more than 80 million Americans every year. This condition affects the rate at which venous blood returns to the heart, leaving behind the blood that has accumulated in the veins. This can cause the veins to appear swollen and congested, causing them to weaken.

Have you spent more time outdoors during the hot summer months and noticed that your veins look much larger? This is because high temperatures cause the veins to dilate or dilate, causing blood to pool in the veins. As the veins dilate and blood accumulates in the veins, the veins appear significantly larger. When you have time to cool down, the veins return to a small, hard-to-see state.

Veins in swollen hands that have been exposed to heat and exertion may not need treatment, but other symptoms such as cardiovascular disease, varicose veins, and superficial thrombophlebitis should see a Vein Specialist. Depending on the cause of the enlarged veins, several treatment options are available, including: 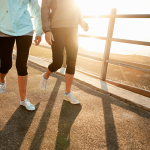 Causes and Treatments of Leg SwellingUncategorized 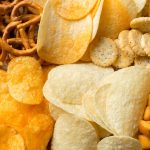